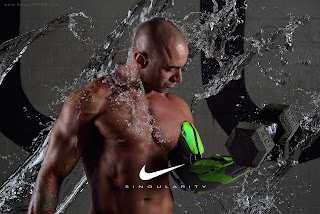 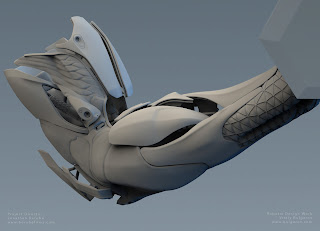 Sloth robot and a timelapse video

An idea for a sentinel robot that could be operating either indoor within industrial buildings i.e. warehouses and factories or in outdoor locations using trees or man-made constructions.
I was inspired to make this one after watching videos about gyro-stabilized marksman platform Talon, camera stabilizer Movi and a video of a sloth falling out of a tree.

Since I won't have much time soon to make a proper tutorial I decided to at least record a video of the design process that you can see here:

The speed of the timelapse is set to 250% of original recording speed. During the video(especially towards the end) you'll be seeing details appearing from nowhere. The way it works is that my kitbash library is broken down in-to individual pieces with each of them being assigned to a specific hot-key.
I made a little script that brings a certain piece from kitbash library or even a whole set of pieces in-to the scene and then selects it, so you can plug it in right away into the model. This saves a lot of time and allows to try different things without getting attached too much to the design. 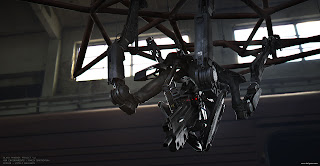 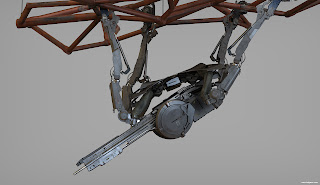 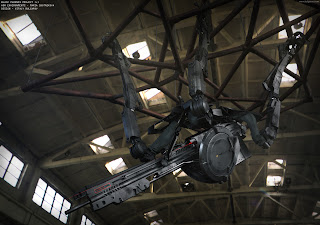 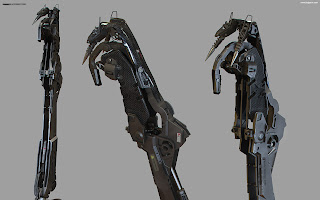